As we’re nearing the end of our summer show season, we had a fantastic time down in Builth for the Royal Welsh Show and celebrated great success with our team.

In the breed classes, judge David Lowry our two year old heifer Williams Wendy’s Dromeda won her class and then went on to stand reserve female champion and reserve overall champion. This April 2012-born daughter by the senior herd sire Heathbrow Tristar, is out of Sterling Petra’s Wendy and was previously reserve senior heifer at the English National Show.

Also taking a first and going on to be reserve male champion was our February 2013-born bull Williams Eddie. By Clonagh Tiger Gallant, he’s out of Williams Lourette Auror. On the last day of the show, Eddie went on to be placed interbreed bull champion in a strong line up of bulls. 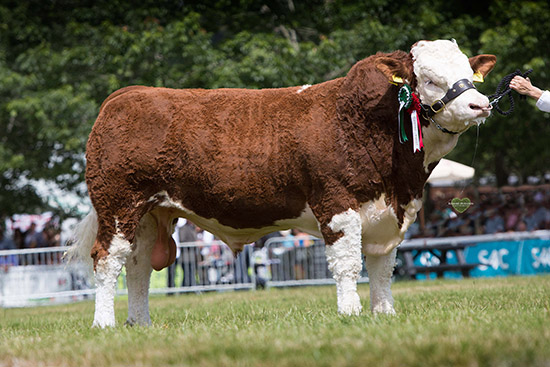 Then also in the team was Williams Malvenas 4th, another Tristar daughter who stood third in her strong class of yearling heifers.