The Williams herd of pedigree Simmentals was established in 2004 with purchases of two females from John Carter; Horsfordmanor Saffron and Horsfordmanor Regal Lady. Although the intention was only to have five or six breeding females, the herd soon grew as Hayley and Andrew both got the bug for breeding and showing Simmentals on a wider scale.

In 2006, a trip to Perth Bull Sales saw the acquisition of the female champion Tillymaud Malvenas 52nd, a Blackford Lancer daughter for 4500gns, as well as the Starline Klassic daughter, Starline Lorrette and Sterling Newmoon’s Tammy, a Corskie Principal daughter.

During 2007, additional purchases were made from local breeders across East Anglia and then in July of that year the first stock bull was purchased in the form of Heathbrow Tristar from David and Lesley Sapsed. Bought privately, Tristar is by Heathbrow Mischief and is out of a Canadian import AWL Starlet 8E. He was purchased for being a modern Simmental with plenty of length, excellent carcass quality and a perfect temperament.

Tristar has had a phenomenal show career within the Williams herd, culminating in many breed championships and an interbreed championship at the Royal Norfolk Show in 2011. His offspring are highly regarded in the herd and he consistently produces calves of the same stamp as him, no matter the dam line.

The herd continued to grow in 2008 with purchases at the Tillymaud dispersal, including Tillymaud Malvenas 42nd (mother of the already purchased Malvenas 52nd) along with her daughter Malvenas 58th and Tillymaud Danielle 33rd, who is by Dirnanean Reformer.

Further females were then bought at the Hockenhull dispersal including the 10,000gns Hockenhull Snow Queen 35th, who is a daughter of Popes Laird, as well as Hockenhull Girlie 47th, an ET-bred heifer by Glentuk Rolex.

Further purchases were made in October 2017 when Sterling Dana’s Hazel and Sterling Dynisty’s Heather were purchased at the Sterling dispersal. Hazel is by Annick Exocet, while Heather is a daughter of Sterling Nelson 2nd.

The aim now in the Williams herd is to build on the better bloodlines that have been purchased using an extensive flushing programme. To date Sterling Ritzys Vesta, Williams Lorette Auror, Hockenhull Snow Queen 35th and Tillymaud Malvenas 42nd have been flushed with eggs retained. We also have a significant number of embryos taken from Sterling Grace’s Wilhemina by both Heathbrow Tristar and Clonagh Diehard Galant.

Following on from Tristar we have had great success with Darsham Playboy, used as an AI sire and in 2013 purchased Clonagh Diehard Gallant, a December 2012-born son of Dovefields Gallant. Bought privately from Garrett and Lyndsey Behan, we have long been an admirer of Gallant and this dark bull out of one of the herd’s top donor cows Clonagh Edel, by Hillcrest Butcher, possesses immense power, bone, milk and strength in his pedigree on both his dam and sire side. He’s bred incredibly well for the herd, producing long, clean cattle with super temperament. He’s working particularly well on Tristar daughters.

In 2016 Shimpling Fergus was purchased privately from Paul Clements. This Darshams Playboy son is out of Darsham Superior. As well as Fergus, Williams Harry Potter, the 2017 Royal Welsh junior breed champion and Lincoln and Royal Norfolk Show junior interbreed champion has been used with first progeny due in 2019.

Showing is undertaken throughout the summer circuit across England as a shop window to promote our genetics. The herd is Breedplan recorded, is BVD accredited, is Johne’s risk level 1 and in a TB 4 area. The herd is also vaccinated for IBR and leapt vaccinated with a neospora test reading clear in 2017.

Alongside the Simmental herd, some 30 Blue Texel breeding females are also managed with a view to producing tups for both the commercial and pedigree market, as well as good quality females for sale privately and at Society sales. Bloodlines in the herd consist of Millside, Beili, Dulas, Pen-y-Bec, and Froggatts. Expansion is planned to take the flock up to 50 ewes. Running alongside the Blue Texel flock is a small flock of Dutch Spotted as well. 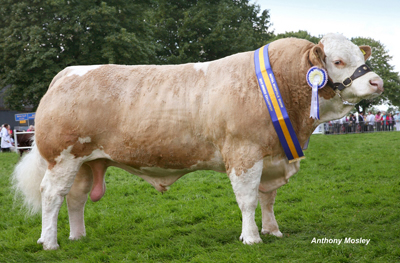 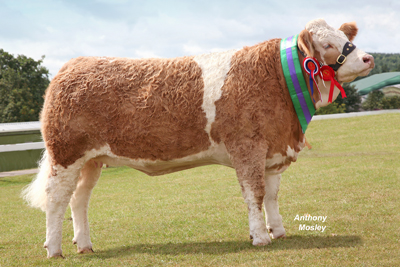 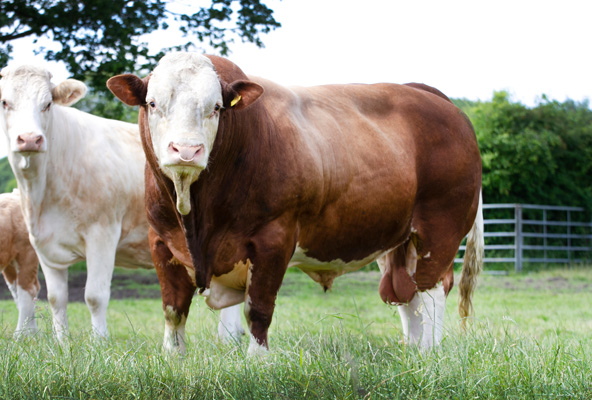 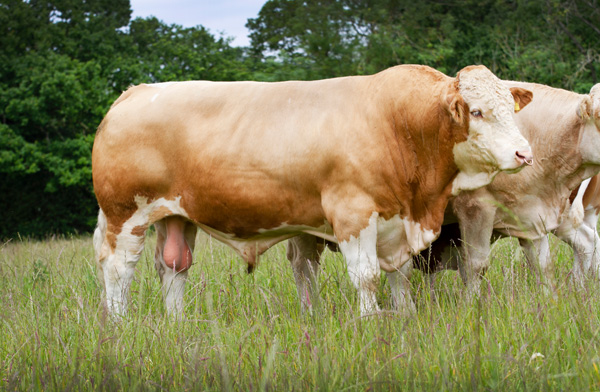 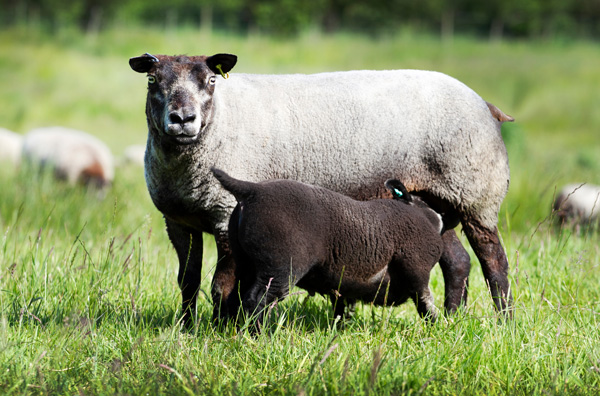 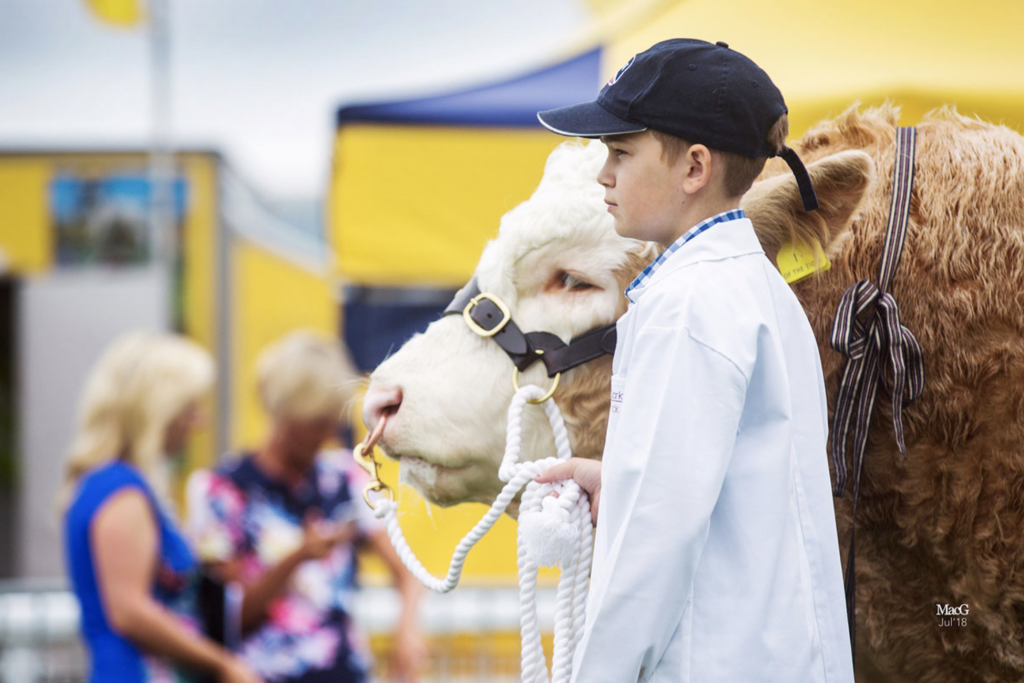 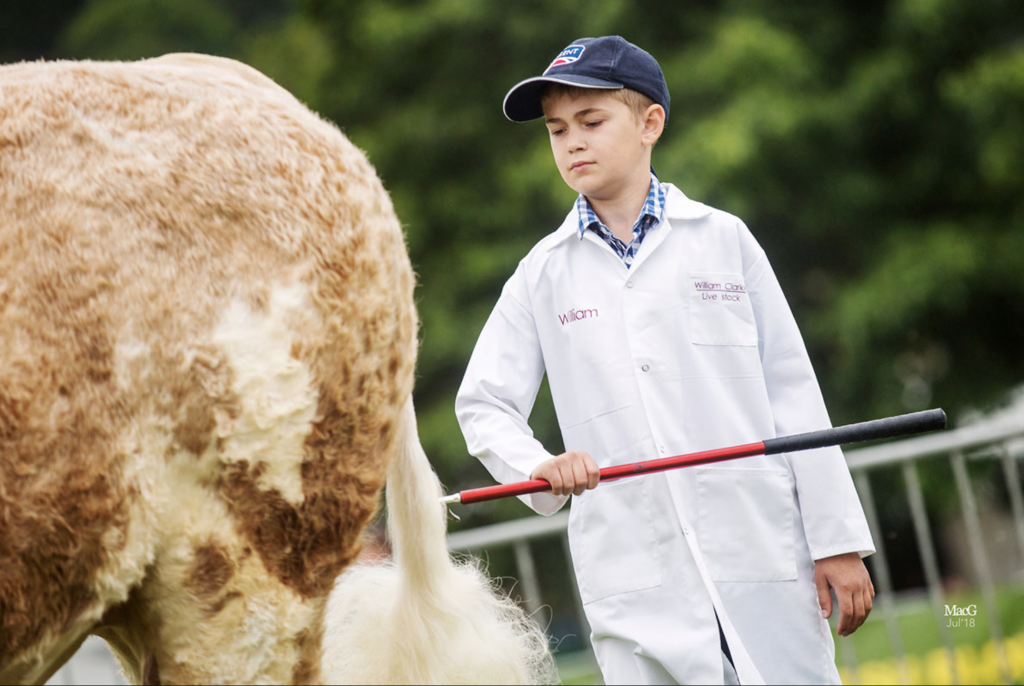 Continued winning streak for I of the Tiger

Continued winning streak for I of the Tiger 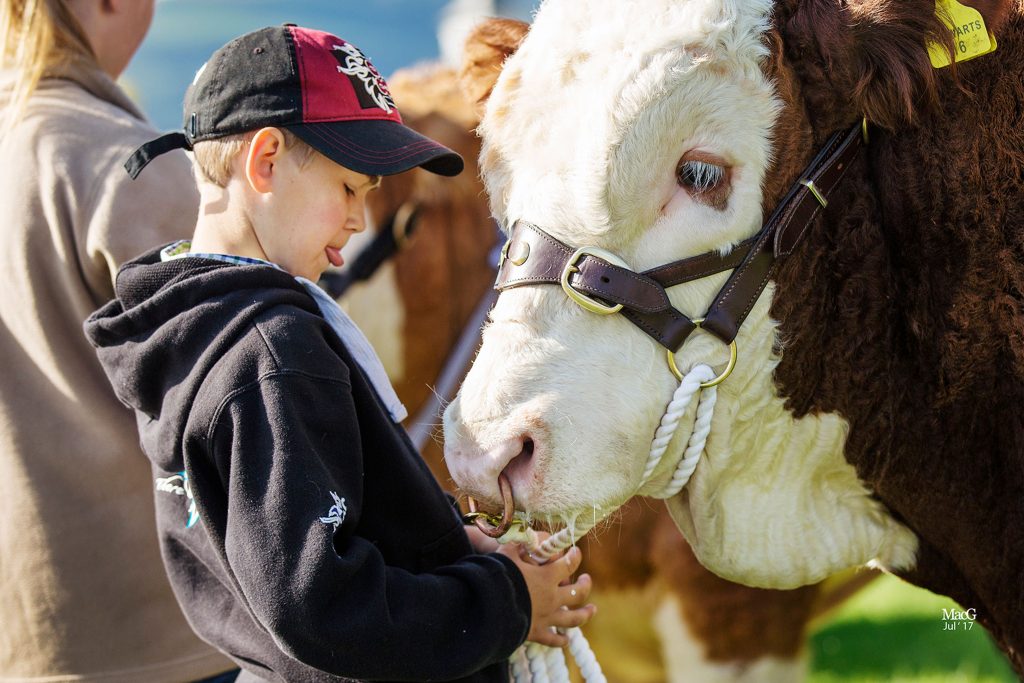 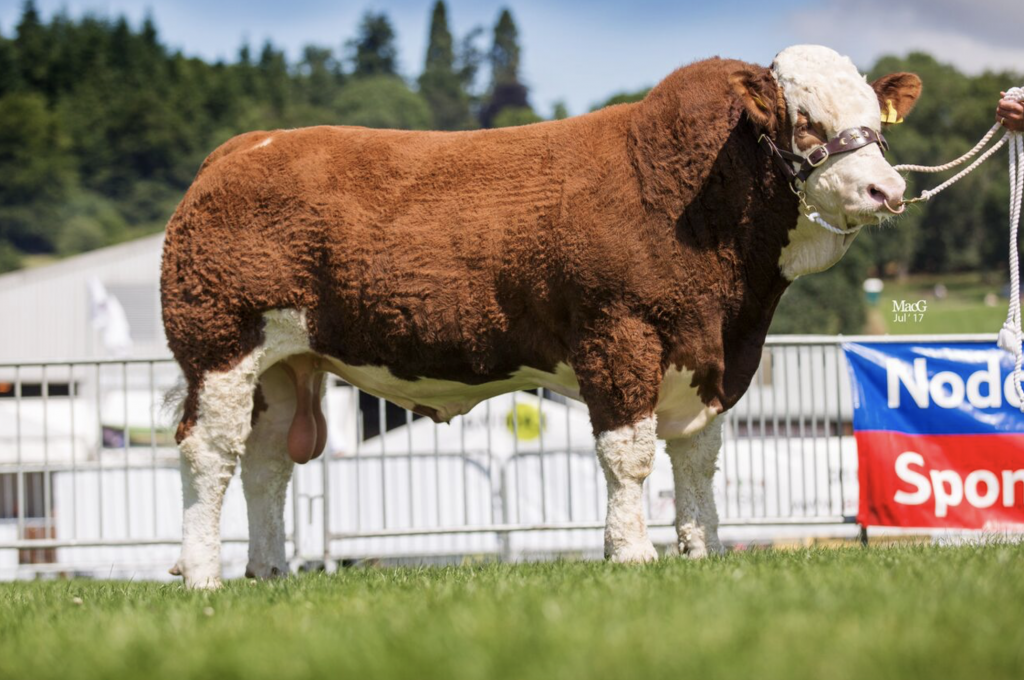 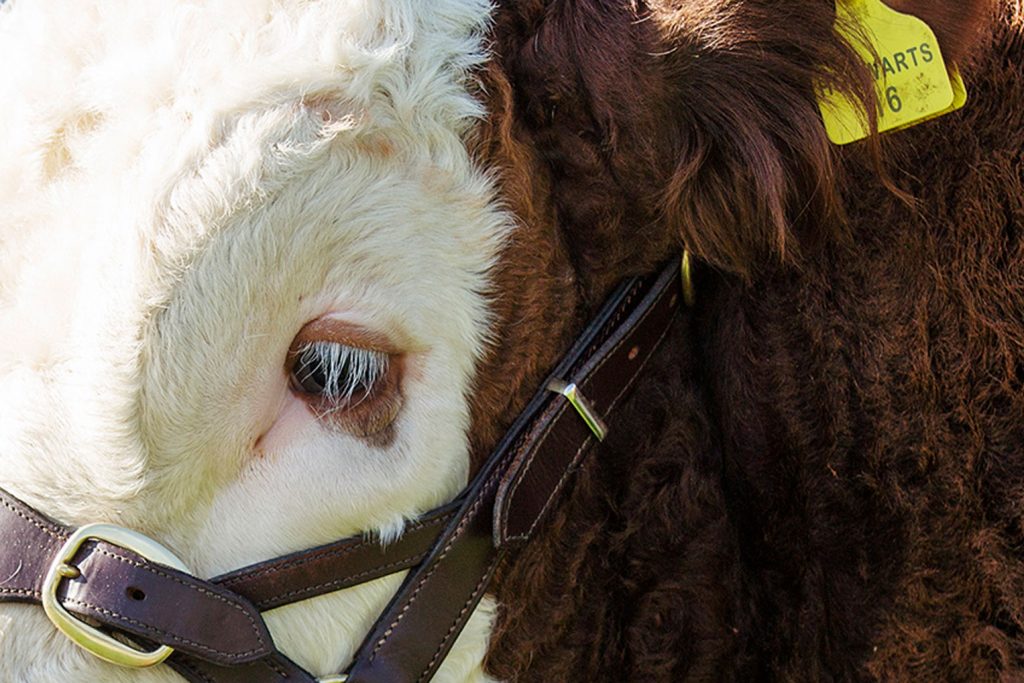